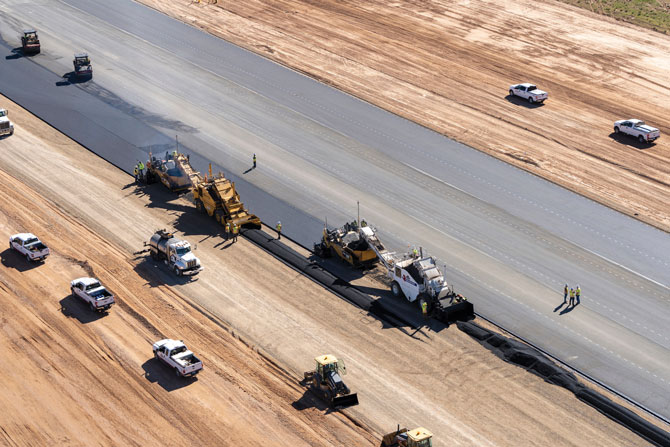 When did you become the Airport Manager?

I was hired by Cedar City Corporation on Feb. 4, 2019, to fill the airport manager position at the Cedar City Regional Airport shortly after Jeremy Valgardson left and went to Texas. I have a bachelor’s degree in Aviation and hold the ACE Operations accreditation and the CM accreditation from the American Association of Airport Executives. I previously worked as Airport Operations and Aircraft Rescue Firefighter at the St. George Regional Airport.

What are your goals for the airport?

Steve Farmer was the airport manager when I entered into the aviation community several years ago. While I attended flight school and worked as a flight instructor here at Cedar City, I saw Steve’s dedication to this airport. After Steve spent several years here, Russ Volk took office as the airport manager and led the airport for approximately four years. Russ was offered an opportunity to run an airport in Texas and decided that it was time to move on; when Russ left, Jeremy Valgardson ran the airport, but after four more years, he was also hired away to go to Texas. Following Jeremy’s tenure, I was hired to run the Cedar City Regional Airport by Mayor Maile Wilson Edwards and the City Manager, Paul Bittmenn. I am currently in my second year here at Cedar City.

During my time here, I have learned that over the last 20 years, the previous airport managers faced their own challenges as they worked to improve what they had been given. They made crucial decisions that have helped the airport grow and become what it is today. It’s my goal to take the building blocks that they put in place and continue to build on them.

I think that we are sitting in a great place here in Cedar City and this great state of Utah. I can’t help but look around at neighboring states and see the reason why all my neighbors have decided to leave California, Oregon and Nevada, and make Cedar City their home.

For the airport to succeed, we have to focus on bringing in higher-paying jobs and family friendly culture to our community. That’s why I am a member of the Economic Development Committee.

My work on the committee allows me to build relationships with local business owners, elected officials and other auxiliaries. We all want to attract businesses and working groups that will benefit the airport and bring new ideas to the area.

I have focused on cleaning up areas that have great potential for building opportunities on and around the airport. It’s important to me to be able to create an atmosphere at the airport that we can be proud of. Cedar City has a lot to offer that has been overlooked in the past. The Cedar City Airport is listed with the State Aeronautics as a Cargo Airport here in Utah, as well as a commercial airport. We currently have FedEx and UPS that fly aircraft here daily. The geographic location of the city is excellent. We have assets such as:

It’s easy to see that we are just scratching the surface of what our potential is. COVID-19 may slow things down a little bit, but I am optimistic and think that over the next 10-15 years, we are going to see some significant changes here in Southern Utah. I have been working closely with Iron County Tourism to create some marketing strategies. We are working to bring awareness to our national parks and to the fact that the Cedar City Airport has commercial service and is the closest airport that can provide access to the majority of Utah’s national and state parks.

As with many of the business owners and managers in the world today who struggle to survive and keep things moving forward, I would say that the pandemic has been one of the biggest challenges that the aviation industry has faced in many years. Due to the impacts of COVID-19, we are taking a more conservative approach and will hold off on any plans to expand the terminal hold room. I recognize that this project must take place at some point, but we will wait until the timing is right. We have been focusing on taking care of the biggest and most expensive asset that the airport has, which is our paved asphalt.

During my first year and a half here in Cedar City:

What can you say about SUU’s use of the airport for its aviation training program?

SUU continues to improve and grow. They have the largest helicopter program in the nation and one of the most popular fixed-wing pilot programs. They offer unique training opportunities that students may miss out on if they did not attend SUU. Options include:

SUU’s aviation programs have become very popular. The university has grown the program to approximately 300 students per semester. One of the most recent adjustments to the school was to add the additional accredited mechanic program. The school has plans to grow this program to include another 300 students. We are happy to have SUU present here at Cedar City.

How will the remodeling project benefit Cedar City? Specifically, how will it impact the citizens there?

The airport has partnered with Iron County Tourism to upgrade the terminal. Together, we have been able to replace carpet, couches, and lounge chairs in the waiting area and have added tables and chairs. We have also been able to update the wayfinding signs and create wall displays that focus on Southern Utah. These upgrades will be easily cleaned daily to keep things sanitary and comfortable for all those who choose to fly in and out of Cedar City.

Can you tell me about Sunroc’s involvement in the project?

Sunroc was the low bid on the runway project and was awarded the contract to work as the general contractor on this project. In turn, Sunroc hired sub-contractors:

JVIATION is the airport’s engineering company, and they have been hired as the project manager on this effort. Landmark has also been hired to provide testing on this project so we can make sure we are building everything within FAA and state specifications. 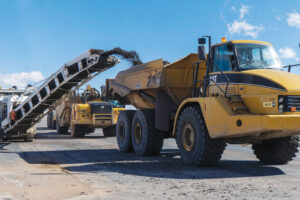 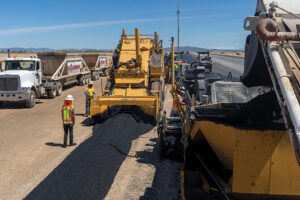 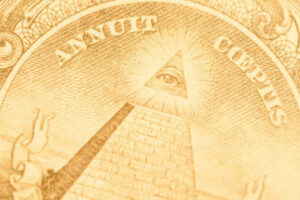 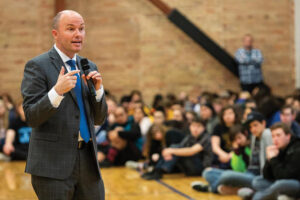 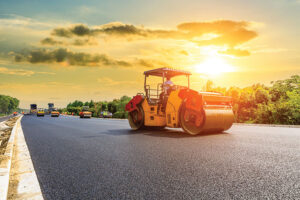